This weekend on The X’s GRUNGE SPONGE WEEKEND, I put together some KILLER Double shots. I’ve got two highlights for this weekend. There’s a double shot on Friday that features something from a band who stayed at my house after a gig when I lived in Central NY….and proceeded to have my dog pee all over their bags!! You’ll be hearing from THE TOADIES on Friday!! My OTHER Highlight, would be on Sunday!! The double shot that’s my pick of the day on Sunday, has a tune featured on the SINGLES Soundtrack, from SCREAMING TREES!!! This was a tough one because frankly, the entire weekend is FULL of amazing “two-fers”!!! WRINGING OUT THE GRUNGE SPONGE!! Fridays & Saturdays 10a 12p 2p 5p AND Sundays 12p 2p & 5p 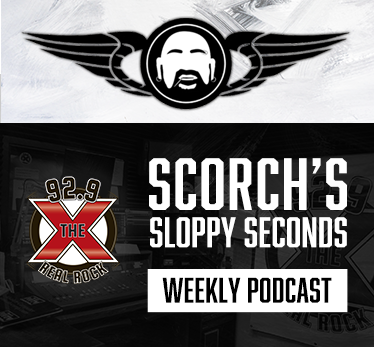